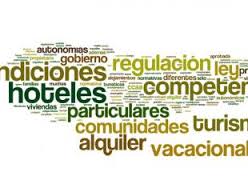 DECREE ON PROPERTIES FOR TOURIST USE IN ANDALUCIA

Law 4/2013 of June 4th, to give flexibility and boost the rental property market modified Law 29/1994 of November 24th for Urban Lettings, where short let rentals were referred to. These short term lettings had been omitted from its application and were in a legal limbo, given that the specific code had not yet been approved.

The Junta de Andalucía has regulated the temporary cession of furnished properties, fully equipped and ready to be used, and that have been commercialized or marketed through lucrative trading channels for tourist use (properties for tourist use) through the approval of Decree 28/2016 of February 2nd.

The referred Decree was approved on February 11th, 2016 in the BOJA (Boletin oficial de la Junta de Andalucía), the Official Gazette for the regional government, and was enforced on May 11th, 2016.

The Decree is applicable to all types of property (apartments, detached, semi-detached, etc…) that comply with the following regulations:

–          The term for the rental is to be a maximum of two months. If the rental period were superior, over two months, it would not be a tourist apartment; it would be considered an ordinary rental under the Urban Letting Law (Ley de Arrendamientos Urbanos.

–          The property must be for residential use, therefore excluding those in rural areas that have a specific regulation (article 48 of Law 13/2011 of December 23rd and Decree 20/2002 of January 29th for Tourism in Rural Areas and Active Tourism).

–          The property is not to be a part of a group of three or more properties in the same building or in adjacent buildings, that belong to the same owner who operates them for the same purpose, given that, in this case, they would be considered tourist apartments instead of apartments for tourist use. The first category, tourist apartments has its own regulation, very similar to Hotels (Decree 194/2010 of April 20th).

Hence we can define properties for tourist use as those located in dwellings on residential land, where, in exchange for a price, a service of accommodation is to be offered in the area of the Autonomous Region of Andalucía, on a continued basis and for tourist purposes.

It is presumed that it is continuous and for tourist use when the property is marketed through tourist offer channels. This concept of tourist offer channel includes any Web page that permits an on-line reservation and, therefore, also includes the listing for the sale of properties through estate agencies.

3. Registration of the property with the Tourism Registry of Andalucía

As of May 11th it will be necessary to register the property with the Tourism Registry of Andalucía, through the form known as “ Declaración Responsable “ an informed consent that may be downloaded from the Web page of the Junta de Andalucía.

The property may only be published and marketed when it is registered with the Tourism Registry.

Any change or modification in the data registered with the referred Registry is to be communicated to the corresponding tourism department.

Any property rented without this registration process will be considered as clandestine activity, a serious infraction, with fines from 2.000 to 18.000 euros.

Property for tourist use must, by law, comply with the following requirements:

–          Direct outdoor ventilation and shutters to block out light.

–          Claim and Complaints form with a sign indicating the existence of the forms.

–          Information on Internal norms for the Community of Owners.

These requirements will not be required until May 11th, 2017, so owners have one year to adapt their properties.

Prior to handing over the property, a contract must be signed by the user that must contain the following elements:

–          Identification of the person or company operating with the property

Agreements on price, reservations, advance deposits etc. are free to be agreed between the parties. In any case the operating party is to offer an invoice as guarantee of payment.

As reflected in the Decree, the inspection services of the competent department for tourist issues will exercise its role verifying, checking and controlling compliance with the stipulations of this Decree, as contained in Law 13/2011 of December23rd and Decree 144/2003 of June 3rd for tourist Inspection.

The system for fines mentioned in the referred Decree are contained in Title VIII of Law 13/2011 of December 23rd in which the offense is classified as minor, serious and very serious.

The Decree for properties for tourist use establishes that the owner of the property is operating with the dwelling and, therefore, responsible for complying with the law, except for the case where he is handing over the said trading or operating of the property to another person or entity. If the contract to hand over the use in favour of an estate agent were to take place, the agent would be the trading agent and therefore responsible for complying with the Decree.

If there were no such contract, the agent would act as a mere intermediary in offering the service of tourist accommodation, and the owner of the property responsible for the service before the administration and the end users.

This website uses cookies to improve your experience while you navigate through the website. Out of these, the cookies that are categorized as necessary are stored on your browser as they are essential for the working of basic functionalities of the website. We also use third-party cookies that help us analyze and understand how you use this website. These cookies will be stored in your browser only with your consent. You also have the option to opt-out of these cookies. But opting out of some of these cookies may affect your browsing experience.
Necessary Always Enabled

Any cookies that may not be particularly necessary for the website to function and is used specifically to collect user personal data via analytics, ads, other embedded contents are termed as non-necessary cookies. It is mandatory to procure user consent prior to running these cookies on your website.